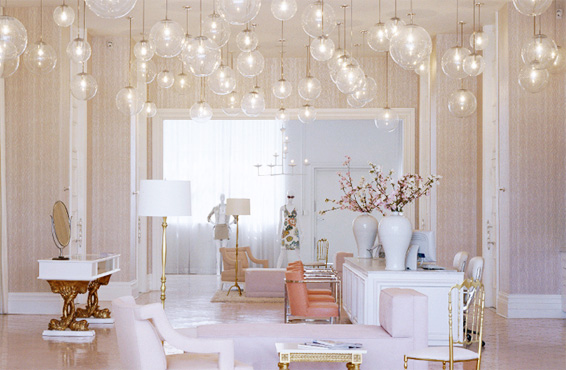 The Trina Turk Boutique in Los Angeles is a feminine and glamorous shop designed by Interior Designer Kelly Wearstler. One particular piece of furniture caught my eye. 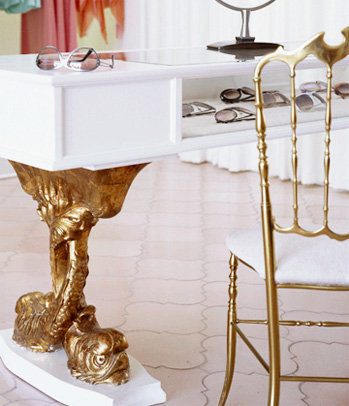 The white painted display table with two gold bases featuring a pair of addorsed dolphins is beautiful and has alot of history. This is no doubt a replica. Dolphins in design are quite ancient and can be dated back to the days of Greek mythology. The dolphins are symbolic to Neptune and Venus and were carved into friezes at the Temple of Neptune. 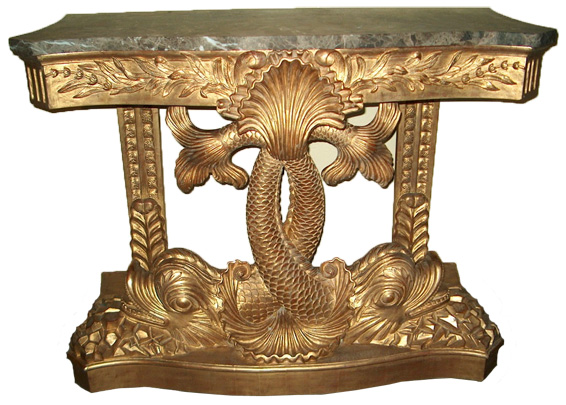 published in Venice in 1570 (since rewritten). This motif became popular again in the late seventeenth and eighteenth century, during this time in England William Kent made the dolphins a signature of his. Above is an antique English Giltwood Dolphin Console from that period. 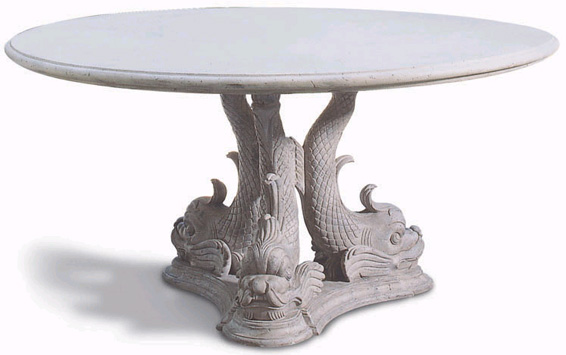 Oscar de la Renta has a table identical to this in his Dominican abode. The outdoor dining table with dolphin base is made of cast resin and stone. The antique dolphin motif is a very glamorous timeless design.